No pandemic marred the year 1945. A far greater calamity had fallen on the world.

World War II was the biggest war in human history. As Victor Davis Hanson, the California classicist and military historian, writes in his recent book The Second World Wars, far more civilians than soldiers died in the war — for the first time.  Hanson wrote, “It killed over 60 million people, meaning that about 27,000 people on average died each day. The victors suffered five to seven times more dead than did the defeated.”

Germany surrendered in April 1945 following the death of Hitler. Japan refused to admit defeat. American planners feared the invasion and conquest of Japan would take one million American lives.

On August 14, Japan surrendered. Americans called this day V-J Day, for Victory over Japan. It remains one of the great solemn moments in American history.

Lt.(jg) F. H. Pannill, U.S. Navy Reserve, served from 1944 to 1945 as commanding officer of a unit of the Navy Armed Guard that protected

a civilian oil tanker, the 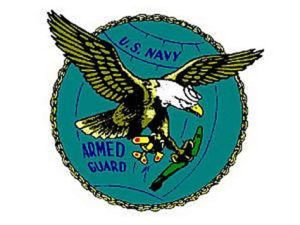 Badge of the Navy Armed Guard

SS Baldhill, against Japanese attack in the Pacific.

According to the Naval History and Heritage Command, (https://www.history.navy.mil/research/library/online
-reading-room), the Navy furnished armed guards to 6,236 merchant ships during the war. While I have no information about the Baldhill’s particular guard, the Heritage Command describes a normal complement:

“The final complement for a ship armed with a 5″/38 dual-purpose stern gun, a 3″/50 [anti-aircraft] gun, and eight 20mm machine guns was set at one officer and 24 gunners, plus normally about three communications men for a total of 28 Armed Guards.”

The Baldhill plied the waters between San Diego and Seattle on the West Coast – stopping in ports along the way. Japanese planes and ships presented little if any danger to the West Coast by 1944.

Since Naval tradition prevents an officer from socializing with the enlisted men under his command, Dad had a lonely job. His letters report no friendships struck up with the civilian ship’s officers. His life consisted of endless training.

So he must have been thrilled by the Japanese surrender. On V-J Day, Dad wrote his parents an airmail letter from San Francisco: 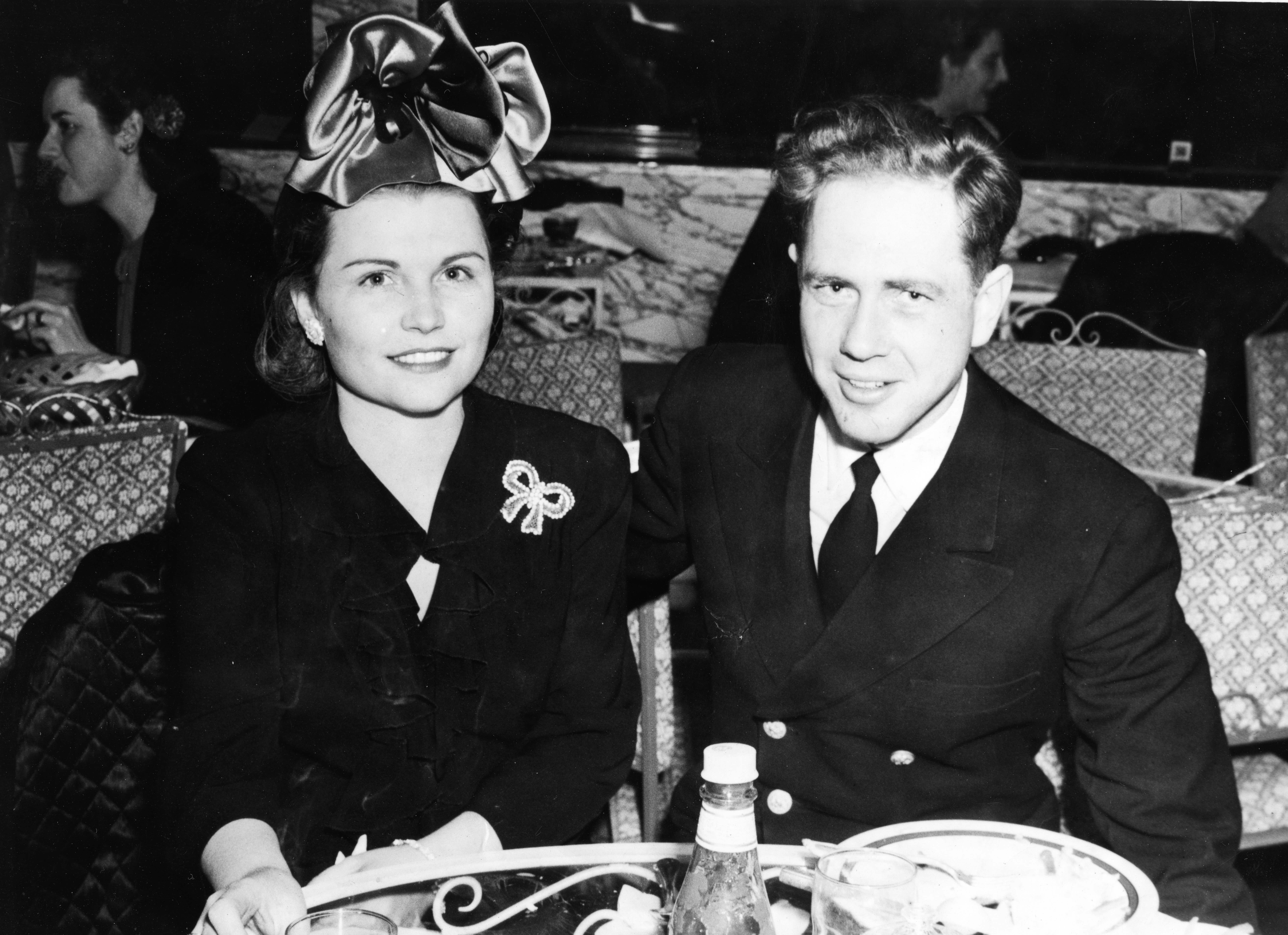 The day we have lived for so long is here. At last we can start to salvage something of the waste and destruction of the past. There is no use anticipating the future as I believe the forces which will shape it are largely unknown to us. Let us hope for the best but resolve to face the worst, and not worry.

I have no idea when I will get out [of the Navy]. The people around me aren’t hopeful but I am. I confidently expect some definite information tomorrow and will wire you if it is important. But this is written to tell you that on this great day, you both are in my heart and mind and at this moment I am only thankful that it is finished.
Your devoted son
Hastings

He misplaced his optimism. With his commission dated January 1, 1944, the Navy retained him on active duty until March 1946. He transferred to New Orleans to discharge sailors.

The rest of the family — my mother, Mary, my brother Fitz (2-1/2), and me (5) had moved to California – in 1945, I believe. By September 1945, we had moved back to our house on Colquitt Street in Houston where I enrolled in kindergarten at Poe School and expected to learn how to read.

The greatest war in history was finished.