Years ago, I began to collect family papers and photographs – and as my late friend Professor Andrew Muir used to say, “impedimenta” — — some of which go back to the 19th century.

I have published some of the letters kept by Colonel Cherry. In 1973, as we were closing the grandparents’ house, I found his 19th-century correspondence in a small box in a bookcase in the living room of 2221 Lipscomb, the Pannills’ red stone house in Fort Worth.

Lt. Cherry seems to have assembled the box with pegs at the Union prison at Fort Delaware. Perhaps the jailers did not allow the Confederate prisoners nails.

I also have introduced readers to the correspondence of my grandfather, Judge William Pannill. We knew him as “Papa,” and his wife, Mattie Cherry Pannill, as “Mama.” He wrote to his younger brother Fitzhugh Carter about the funeral of their own grandfather Henry Pannill before their birth as he imagined it.

Now we are copying hundreds more letters and preserving the originals in vinyl folders. I hope to create a family archive.

We celebrate this long-planned venture with a letter by Judge Pannill: travel writing he sent my grandmother Mattie Cherry Pannill about a long train trip to St. Louis, Missouri. I have added paragraphs to the letter, which is 10 handwritten pages. Like most letters, this one covers the page with an explosion of sentences.

Judge Pannill – known to his family as Will – dated the letter September 16, 1921. He wrote from the Hotel Jefferson in St. Louis, whose letterhead slogan was “absolutely fireproof.”

Will was born in June 1876, so he was 45 and a lawyer practicing in Stephenville when he wrote this letter. He had served as district attorney for a district that included Erath County from 1915 to 1918.  He and Mattie had a family of seven children. My father, Fitzhugh Hastings Pannill, was the youngest (born 1916) and had turned six by September 1921.

I thought of the old adage that “no matter where you go you will see someone you know.” In my case it was a Negro. When I went in the diner [on the train] to breakfast the Negro waiter called my name and it turned out to be a Negro I had as a witness for several terms of court at Palo Pinto [the county north of Erath County, Texas; Will served as district attorney on horseback for a four-county district that included Palo Pinto].

Styles Young came up with me, on his way to Louisville to study dentistry. He relieved the trip of what I would otherwise have had[:] a good deal of monotony. We spent 3 hours at Denison [Texas, the birthplace in 1890 of President Eisenhower] waiting for the San Antonio train, and Styles and I walked over the town.

This morning when we woke we were well into Missouri and for the most part the prospect is most pleasing. I never saw such a uniformity of beautiful native shade trees. Every farm house is set in a grove of them. Tall towering oaks as straight and regular as though set out.

The country is green & the brooks, creeks & rivers running, plush. Farm houses painted and premises well-kept and big red barns, made me feel a little ashamed of Dried up Texas.

We reached here three hours late and Styles & I walked up town. The business part is not elevating on the outside. It is smoke begrimed and dirty looking. The streets for the most part are paved with cobblestone and have a worn and battered appearance. There are however a large number of handsomely paved streets.

We went on the Eads Bridge and saw the Mississippi, majestic mighty flood, rolling now as Ponce De Leon saw it and as restless as when LaSalle floated down it in his frail bark canoe, but alas the river traffic famed in song and story is no more. There is no more “Life on the Mississippi:” not exceeding a half dozen steamboats were at the levee. The river does not fill one’s‘s imagination after becoming used to the Gulf. I wish I had seen the river first, it was something of an anti-climax.

St. Louis seems larger than I imagined, no matter how far you walk seemingly in any direction you are apparently in the heart of the business District.

The wholesale district is great. There are many pleasure enterprises being conducted. This afternoon St. Louis and Phila[delphia] National League Baseball teams played and Ringling Brothers Circus was in town and yet the people seemed indifferent and apparently there was no unusual crowd in town.

At the movies, The Four Horsemen, the Birth of a Nation and actual battle scenes of US troops in France with one’s choice in every kind of drama. There are four vaudeville theaters here of a class with the Majestic in FtW[orth] and Harry B[e]reseford celebrated 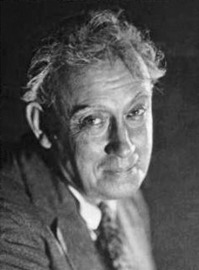 English actor is at the American in person in “Shavings.” This hotel is splendid but I don’t believe the people here are one whit more intelligent than in Texas.

Styles went on to Louisville & I’ll be lonesome here. It is dreadfully hot here. This town is known as a Bake oven. It was hot on the sleeper [train]. I have wished for you & [their oldest daughters] Carrie & Louise & Martha when I’ve seen anything interesting but I don’t believe you would have enjoyed it on account of the heat. I have been in a lather of perspiration ever since I left Ft Worth. I am now as hot as a setting hen. This place is stuck down in a hole and gets no breeze.

Tell [their elder son] William fishing ought to be fine here as the country is filled With fine creeks and rivers. I wish I had the whole quarreling brood with me tonight. Kiss them all for me.

As ever your devoted