Molly traveled with me to Petersburg, Virginia, last fall to look at the restored gravesite of Colonel William Pannill and Eliza Binns Jones Pannill, his wife. This blog reported on the project in August 2014. The site needed a fix.

In 2015 and 2016, a team of volunteers from the Historic Blandford Cemetery Foundation, Inc., restored this site. Never having met the volunteers who work on this historic cemetery, we flew over from Texas to meet them. 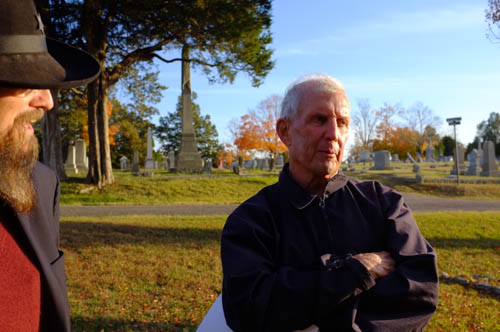 ROB JONES TALKING WITH “B” BROWN

My introduction came through Walter “B” Brown, a handsome man with a broad Virginia accent. We had spoken on the phone a few times and corresponded by e-mail. As so often happens, the deep voice sounded like a burly executive. But “B” is a slender gentleman who took a delight in showing us both the project and the cemetery.  The pictures illuminate both.

He also introduced us to Walt Purcell, a transplanted Pennsylvanian and the expert craftsman of the restoration team, Tommy Carwile the treasurer and long-time supporter of the Historic Blandford Cemetery Foundation, and Jim Hamlin, a retired Naval officer and the current president of the Foundation. Tommy’s Virginia accent rivals that of “B” Brown. All made the picture. 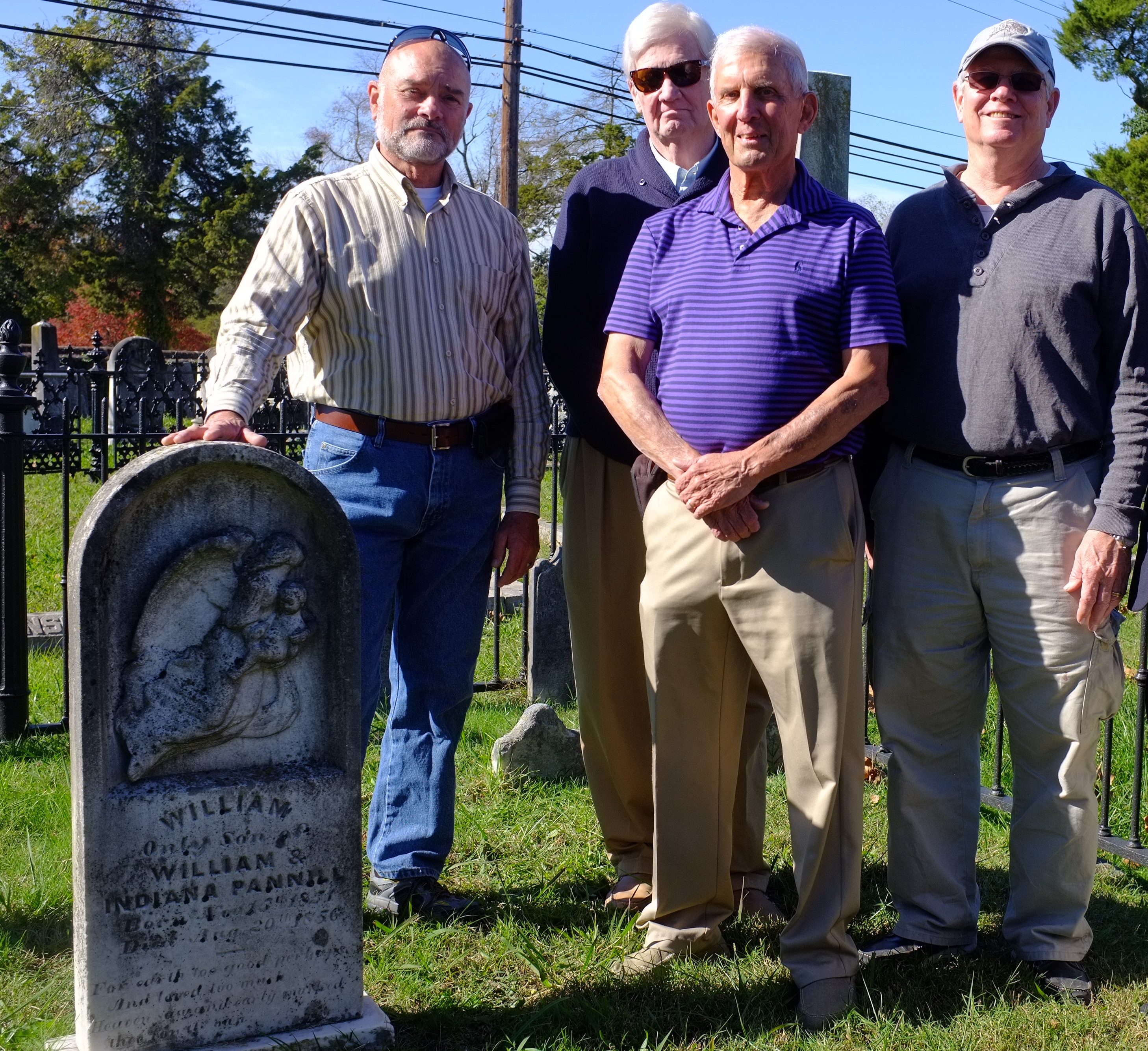 Martha Mann Atkinson of the Petersburg Ladies Association joined us. This venerable organization was founded in 1865 after the Civil War. It is going on 152 years old.

The Ladies Association operated the gift shop at Blandford Cemetery, among other things. The city of Petersburg temporarily closed the gift shop in 2016 to help alleviate the city’s budget deficits. At the same time, the city also closed Blandford Church, which draws tourists who admire its Tiffany windows from the early 20th century that represent all the Confederate States.

The lasting fame of the Ladies Association stems from its sponsorship of the original Decoration Day in 1866. Petersburg had been the site of the 10-month siege in 1864 and -65 by Grant’s Army of the Potomac, which caused thousands of casualties. The battlefield abuts the cemetery to the east.  See http://www.preservationpetersburg.org/explore_blandford_cemetery.html

Blandford Cemetery reburied some 30,000 Confederate dead from battles in 1862 forward.  They are, for the most part, in mass graves.  Many of the dead are  unknown.  You can find  a listing of the known burials.  See https://familysearch.org/search/catalog/83984?availability=Family%20History%20Library  You can also search the cemetery’s known burials through a website, http://www.petersburgcemetery.org/

Several associations claim to have begun the tradition of decorating the graves, but the Petersburg association claims as good a title as any. The story goes that the wife of a Union general  visiting Petersburg after the war observed the Confederate decoration and had her husband apply the practice to Union graves.  This grew into Memorial Day.  Decoration Day remained a separate holiday in my boyhood.

After admiring the transformation of this site, which “B” Brown memorialized in the photographs, we adjourned for lunch at one of Petersburg’s Italian restaurants. 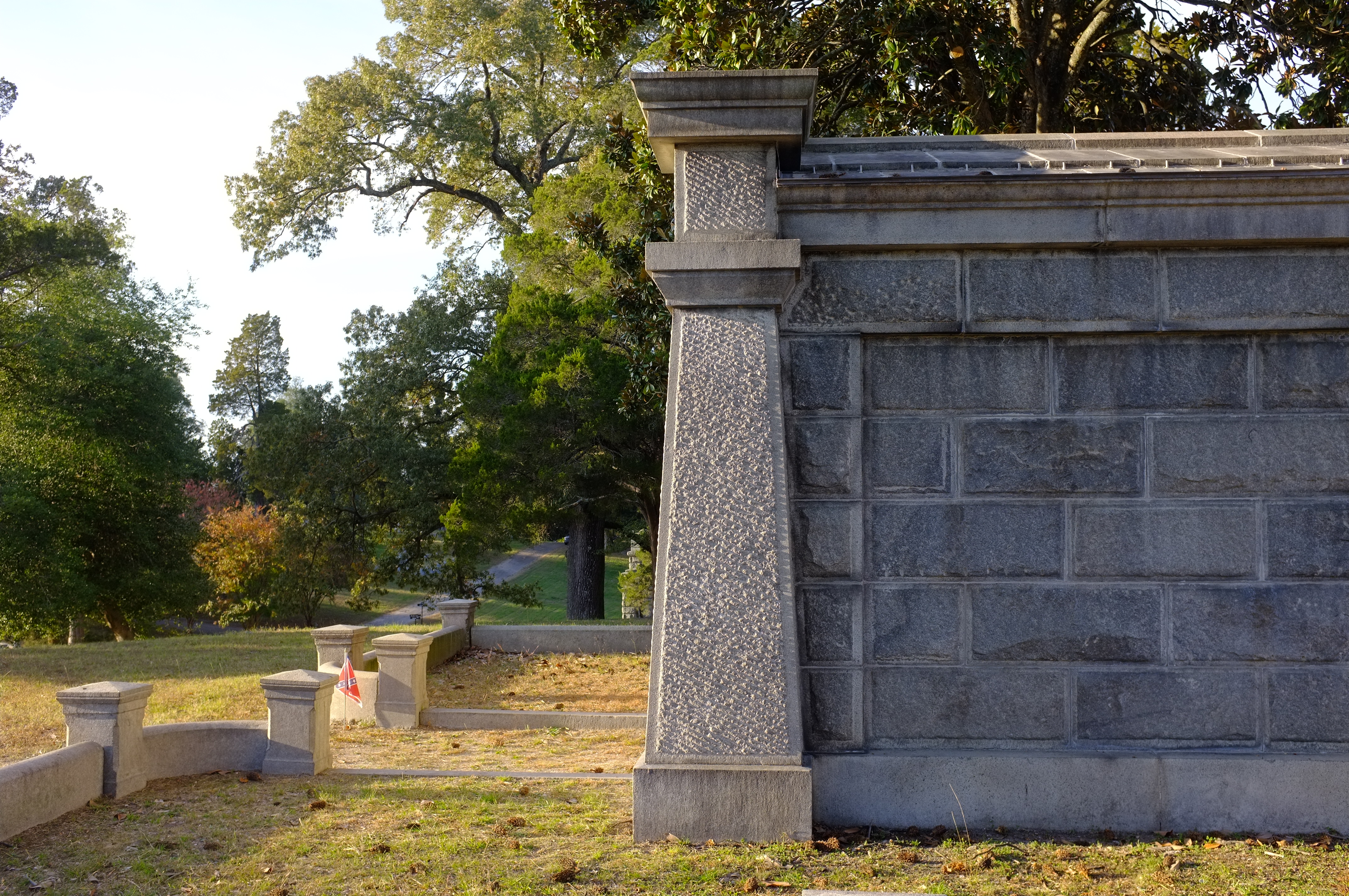 In the afternoon, “B” Brown and Martha Atkinson took me and my cousin Rob Jones through the rest of Blandford Cemetery. Our tour guides took us through the Confederate section of Blandford, which abuts the battlefield of the siege in 1864-65.

Rob is a cousin through Mary Page Pannill, a sister of Dr. William Pannill, a native of Petersburg and a grandson of Colonel Pannill. Dr. Pannill (born in 1850) moved during the 1860s from Petersburg to Louisiana to Texas. He was in his teens when he moved the family possessions to Kaufman County, Texas.

It was President George H. W. Bush who began the notion of a thousand points of light through volunteer work. What an inspiration it was to visit the work of Messrs. Brown, Purcell, Carwile, and Hamlin. They and a few others meet every week to restore the aging monuments in this beautiful cemetery. 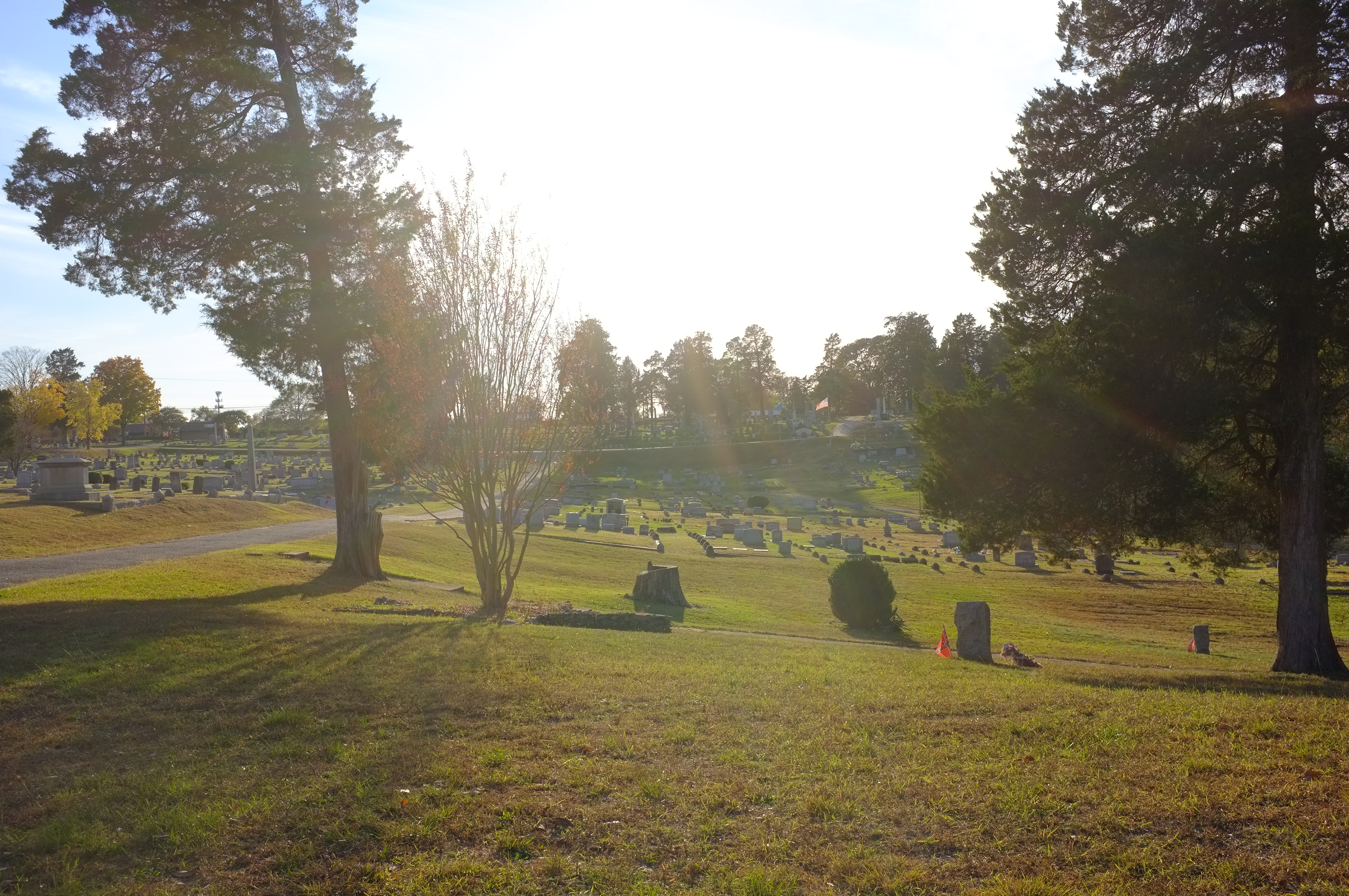